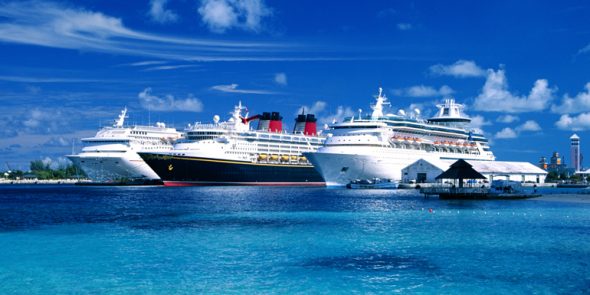 Cruise ship new-builds continue to be hot topic in the travel industry and 2017 promises to be a hot year for this hot topic with a number of new ships coming online from such global shipyards as Fincantieri, Meyer Werft, Meyer Turku and STX France.

“New ships are the life blood of the cruise industry and so many vessels are on the horizon in 2017,” says Seatrade Cruise Global Portfolio Director Robyn Duda. “There will be plenty of ship announcements and news of anticipated orders in the pipeline.”

Cruise ships preparing to launch in 2017:

As more than 24 million passengers are expected to take a cruise in 2017, a new survey looks at what’s hot and what’s not in for consumers in their cruise line preferences

U.S. News & World Report, an authority in rankings and consumer advice, has taken the pulse of the cruise industry to come up with the 2017 Best Cruise Lines rankings. The survey evaluated 15 top cruise lines across six categories. The rankings look at the best cruise by brand, region, itinerary and budget.

The methodology for the Best Cruise Lines rankings factors in expert evaluations of cruise ship quality, reputation among travelers, results from health assessments conducted by the U.S. Centers for Disease Control and Prevention, and other factors such as price class and itinerary offerings.