Despite current political realities, a visit to St. Petersburg on a Baltic cruise is still a bucket-list item that shouldn’t be forgone – even now.  Almost all Baltic cruise itineraries feature a call at this fascinating city, previously known as Leningrad, for two days and a night, but that still isn’t enough time to capture the history, culture and tragedy that are wrapped up here. To take your best shot, however, it’s best to book two full-day tours, while considering the addition of an evening ballet performance.

Although your ship’s shore excursion desk will offer a multitude of options, those wishing to tour in smaller groups with a slightly more flexible itinerary should consider Alla Tours, a local operator with deep roots in St. Petersburg.  Featuring luxury minibuses and English-speaking guides steeped in the history of the destination, Alla’s groups don’t exceed 16 guests, ensuring that the group is able to nimbly navigate the city’s tight, old city while having the ability to change direction – or venues – as traffic and/or crowding conditions dictate.

I recently participated in the company’s 2-Day Comfort Tour, so named because it leaves a little later in the morning (8:30, rather than 7:30), while still covering the city’s highlights.  And there’s no need to worry about where to meet your guide; he or she will be waiting for you with a clearly-marked sign just outside of the Russian Customs & Immigration area of your cruise terminal. 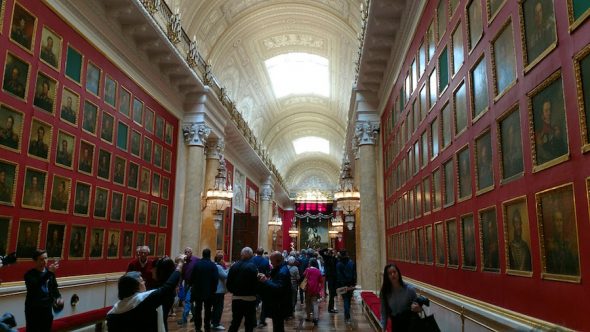 After a short drive through the outskirts of the city, mostly defined by dull, gray, Soviet-era apartment blocks, we reached the historic old city.  It’s here that Peter The Great’s vision for a city of canals was realized.  Peter’s fascination and admiration for the great cities of Europe – principally Venice and Amsterdam – is clearly evident here.  Gorgeous and regal 17th- and 18th-century buildings – in various states of repair – set the mood for a trip back in history.

An early morning visit to the Hermitage, considered by many to be one of the world’s top art museums, is made easier when our small group slips in prior to the general public opening.  And despite the impressive collections, including rooms dedicated to Rembrandt and Italian Renaissance masters, the galleries themselves impress even more.  This was, after all, the tsar’s Winter Palace – and it shows.  One spectacular room after another, dripping with gold, bathed by light from massive chandeliers, with walls covered by magnificent tapestries and all styles of decor, leave visitors awash in awe at the immensity and ostentatious grandeur.  But with over 1,000 halls and rooms in the palace, only a fragment can be seen during a single visit. 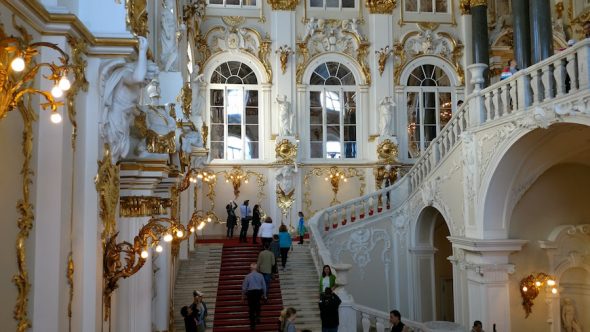 The Comfort Tour also includes a visit to Peterhof, known as the Summer Palace, which, although a re-creation (it was destroyed by the Germans during WWII), is spectacular nonetheless. The lush gardens alone are testament to their 18th century designers’ talent in creating this immense, green wonderland in an unforgiving and harsh northern climate. 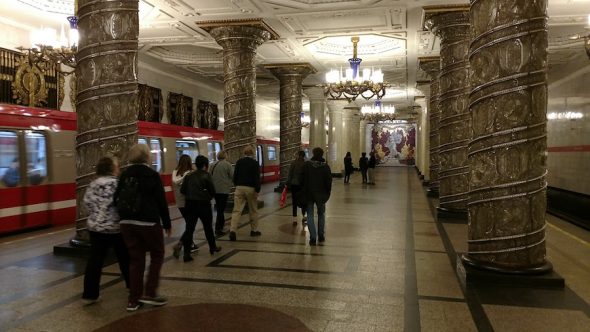 But the Alla Tours advantage is really borne out in some of the smaller touches. All tours include a visit to a Metro (subway) station, along with a short ride. The Avtovo station, in particular, is a beautiful postwar example of ornate, art deco architecture and design.

We also enjoyed a canal boat ride, which provided a completely different perspective on the city, giving us a renewed appreciation for Peter the Great’s vision. And despite the fascinating sights and experiences, some of our most memorable moments involved our guide’s telling of how the city — and many of its brave, resourceful and tough inhabitants — survived the 900-day Siege of Leningrad from 1941 – 1944.  The city’s name may have changed, but the modern St. Petersburg of today, along with its citizens, will be forever shaped by the siege — for good and bad.

Noteworthy:  If you’re not planning to venture off your ship independently in St. Petersburg, there’s no need to apply for or purchase a Russian Tourist Visa. Alla Tours will provide you with a free group visa that you’ll show when entering and exiting the customs and immigration facility adjacent to your ship.